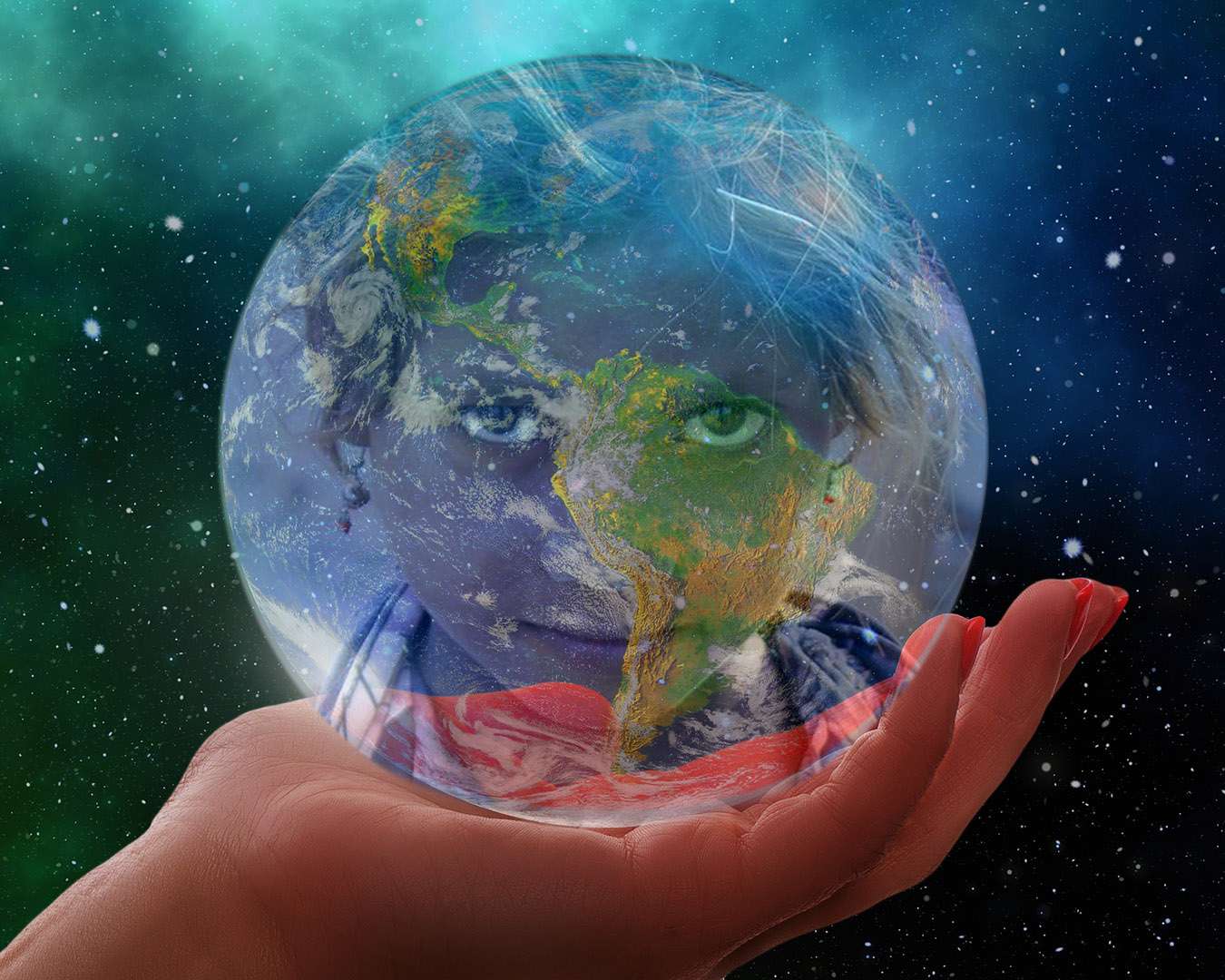 Our current global economic system is based on oppression. The rich live on the backs of the poor. The poor do most of the work while the rich get richer off the results of their work. We may not appear to live in a slave state, but what we have right now is truly akin to indentured servitude. Most of us are trapped sacrificing our time in order to attempt to make a living wage with the slim possibility that maybe we will one day be able to break out of this bondage and join the ruling class. The sensitive among us feel the pain of this injustice, whatever our economic status may be. The plight of the poor is an extremely important topic, and so much has already been written about their struggle.

This article, however, is focused on the plight of the sensitive, open hearted rich.  Those who may be in the upper class or upper middle class, who have financial privilege and can afford luxury goods or take an unpaid internship from an Ivy League college, for example. They may also feel the pain in being part of a system which limits some while others get way ahead. Oftentimes, it’s been difficult to express this suffering, because of how society perceives the benefits of financial privilege. If we are to express the pains of privilege, we may be perceived as whiny, entitled rich kids who don’t know what the real world is about.

The Pains of Privilege

Privilege is defined as a special right or advantage available only to a particular person or group. When we have financial privilege, it is a benefit in so many ways. An understanding of the impact of privilege has been growing in our culture in the last decade. Wealth justice and inequality speakers and writers have been exposing the issues of being underprivileged in a society which favors the rich. Many who are financially privileged have trouble understanding the reality of money and its consequences. The poor and underprivileged know too well what happens when you don’t have enough money for rent or can’t make the ends meet.

Many who are privileged feel guilty about their entitlement. I believe this guilt is somewhere inside everyone who has privilege. The sensitive privileged person can feel so weighed down by guilt, similar to the survivor’s guilt a war veteran feels. When a war veteran survives, they feel the guilt of being among the lucky ones who didn’t die. Sometimes they wish they had died too, because of their connection with the ones who have passed on. Oftentimes the sensitive rich who were born into privilege will ask themselves, “Why me?” The rich person may sabotage their potential to try to make up for this guilt.

I grew up in an upper middle class lifestyle. We had everything we needed, but not everything little thing we desired. My Ivy League undergraduate education at Dartmouth College was paid for by my parents, as well as my graduate program in education. When I got out of graduate school, I took a job as a Waldorf teacher at a private school. The starting salary was $27,000 and I entered the lower class with this job (the median U.S. income in 2002 was $42,409). I was following my heart and I didn’t care about the money. After five years of this lifestyle, I began to feel the constraints of not having enough money. I often wouldn’t know how I was going to pay my bills and everything in my life. The financial stress and pressure I felt made it more difficult to live a truly peaceful life. I got to the point where I was one step away from being out on the streets. I went several days in which I didn’t have enough money to get food for that day.

Even so, my parents were still a safety net. If I had to, I could have gone back home and lived with them. My hardship was limited compared to what many people experience, but it was enough of an experience for me to feel deeper empathy with those living in the lower financial class. I had a personal experience of the limitations and challenges of being poor.

This experience of being poor awoke in me a desire to help those who were trapped in this poor and low income position. When I got a job as a behavior consultant after I stopped teaching elementary school, my life changed and I had a surplus of income. I was able to move back into the upper middle class again. I had advantages from my Ivy League education and privilege which still buoyed my position.

My grandfather and uncles were all in business. Soon I started my own company and was able to find even more upward mobility. Now that I had money again, I felt the obligation to help the poor. Before this, I felt guilty when I saw people begging on the streets and I wasn’t moved to give them money. After this experience, I felt a desire to get to know the poor and disenfranchised. I would often approach people living on the streets and support them as best I could with human contact and some money.

The Pains of the Upper Class

In my experience knowing people who were born into extreme wealth, I see that those who came from extreme wealth have it the easiest in terms of privilege and the hardest in terms of guilt. They can feel really weighed down by this tremendous burden. Especially when they themselves haven’t learned how to make money. They were simply born by the luck of the draw among the rich. Now they have money and others don’t. They don’t know how to make it, but they feel its benefits every day. There’s a tremendous amount of guilt in those who are born into money who don’t know how to work or make money. They often feel trapped in a child’s position in life, unable to make their own way in the world. The poor people who have found their own way to make a decent life for themselves feel more of a sense of accomplishment than the helpless rich who don’t know how to live independently on their own two feet.

The Pain of the Rich is Real

I know first hand from my experience and from supporting others who grew up in opulence, the pain of the sensitive rich is real. They feel the pain of being privileged and the guilt of having an unfair advantage. With the rich controlling economics in our culture, they also control political and policy outcomes. In other words, the rich are the ruling class influencing the direction of society. There’s so much animosity toward the rich as the ruling class.

Yet, this society is oppressive to everyone – rich, poor, and the middle class. The poor and middle class are oppressed by the lack of influence and financial mobility. The rich are oppressed despite being on top of the system, simply because they are still trapped within it. Even though the rich have more mobility and freedom with all their money, they carry the guilt of standing on the backs of the poor. Sometimes the rich deny this guilt, other times they feel it, but I believe it is always there. From my own experience, I feel it underneath my life everyday. How can we live comfortably while the homeless sleep outside and struggle?

The open hearted rich feel the pain of the poor. That’s what moves many open hearted rich people to philanthropy. We want to give back to society and help underserved populations. It feels so good to want to give back. However, most charities simply exist in a system which perpetuates iniquity. Heart-Centered Revolutions, Inc. is a 501(c)3 dedicated to changing the system from the inside out. Any money that goes to Heart-Centered Revolutions will first be used to create and distribute the educational resources necessary to make the revolutions possible. Once the foundation is built, we will launch programs with the goal of changing the whole economic system on planet earth. We have a huge vision and know from our experiences working with families and companies that we can truly make a world that works for everyone.

We cannot do this without your help. If these words and ideas resonate with you and make your heart sing, please consider a donation to Heart-Centered Revolutions as you plan out your year-end philanthropy. You can make a donation on our website or email Jayson at JDaniels@heartcenteredrevolutions.org for more information.

To join Heart-Centered Revolutions and forge a world that works for everyone, sign up for our mailing list. This act places you firmly at the center of our communication channels. By far, the best way to join this revolution, though, is to practice opening your heart and truly coming from unconditional love for yourself and everyone else around you. For more on how to bring heart-centered principles into your everyday life, we have a collection of books covering an assortment of topics. You can also continue your exploration of heart-centered principles by reading the articles on our blog. We also offer in-person workshops. Register for them here.

If these words and ideas truly resonate with you and make your heart and soul sing, visit us online and join the revolution!

Heart-Centered Revolutions is a 501c3 non-profit organization dedicated to forging a world that works for everyone. We can’t do it alone – we need you! 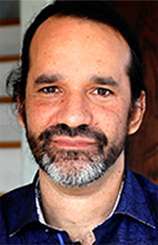 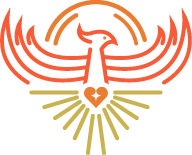